Plant 2 in Red Wing, Minnesota hums with activity Monday through Friday, as hundreds of Red Wing craftspeople meticulously work through each stage of footwear construction.

Plant 2 in Red Wing, Minnesota hums with activity Monday through Friday, as hundreds of Red Wing craftspeople meticulously work through each stage of footwear construction. Tucked away in a far corner of the factory, a group of specialized cobblers is hard at work, repairing Red Wing footwear sent in from around the world. The repair shop stands as a tribute to our long-held belief that high quality footwear should be built to be repairable.

We live in a time when most of what we purchase is designed to be used for a while, thrown out, and forgotten. When Red Wing Shoe Company got its start in 1905, goods were made by hand and made to last. Plenty has changed since then, but we still build every pair of Heritage footwear to be repairable and resoleable. We’re proud of this tradition, and we’re proud to create footwear that allow owners to get the most out of their investment.

Years of daily wear make for boots and shoes that are perfectly formed to their owner’s feet, with a leather patina that tells a one-of-a-kind story. Red Wing owners take pride in the personalized feel and look that comes with years of daily wear. Thanks to a resoleable design, even when a sole is worn down to almost, the rest of the footwear often still has years of life left. Rather than let a repairable shoe or boot go to waste, our repair shop cobblers breathe new life into well-loved footwear.

“If I’m repairing a pair of boots, I look at them like they’re mine,” says repair shop cobbler Dave Dunlap. “I want the owner of the boots to be just as proud of the repair as I am.”

Cobbling might sound like a bygone craft to some, but Dunlap and the rest of the Red Wing cobblers are keeping the occupation, and untold numbers of shoes and boots, alive and well. Red Wing builds footwear that can last decades, and under the same roof in Plant 2, our cobblers work fastidiously to make good on this promise.

While the cobblers in the Red Wing repair shop have the expertise to pull off impressive repairs, the key to extending the lifespan of footwear is regular upkeep throughout its life.

“If you properly oil and maintain your boots, it’s more likely that we can resole and make any needed repairs,” explains Dunlap.

Leather behaves much in the same way as skin. If it’s repeatedly exposed to harsh elements, intermittent leather maintenance makes a tremendous difference in its appearance, longevity, and reparability. Different leathers demand different care, so take a minute to familiarize yourself with the Cleaning-Conditioning-Protection needs of your footwear. 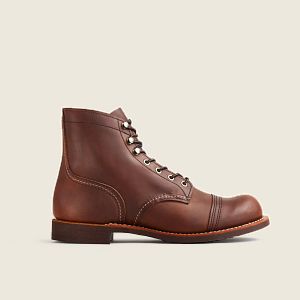 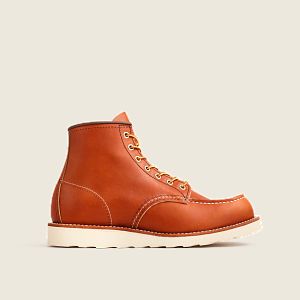