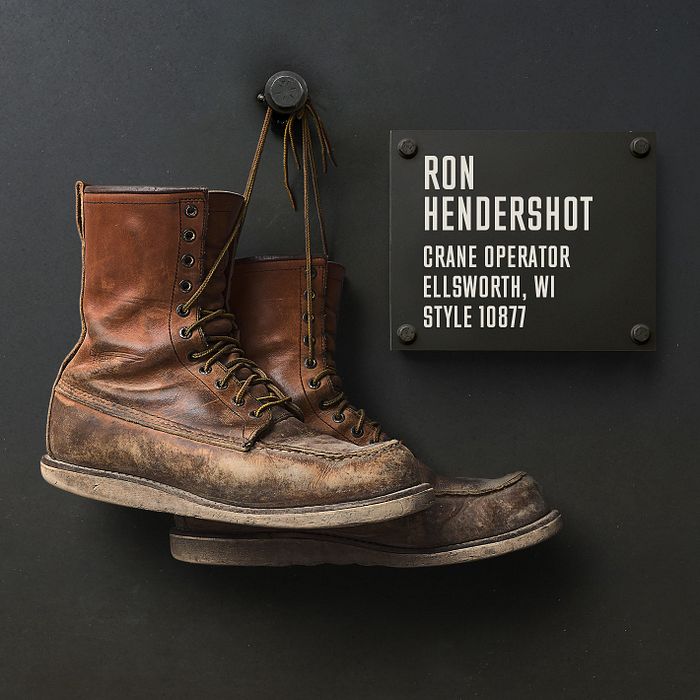 I never planned on operating cranes for a living, but it's in my blood. I've been at this for 35 years now and am about to retire. Looking back, I wouldn't change a thing.

Doing this job takes practice, and it comes naturally to some people. When you have ironworkers high in the air and are bringing a piece to them, you have to guide it in slowly and smoothly, so that they can safely get a spud wrench in and take over from there. I seemed to have a good feel for this right away.

My dad, who I call 'Pops,' was also a crane operator during his working years. He is my idol and best friend, and was even Best Man at my wedding. He wore Red Wings his whole career, which is yet another way I'm following in his footsteps.

Pops seemed larger than life when I was growing up. He was as strong as Superman and could fix anything. My mom says that when I was very young, I used to chase his pickup down the road when he left for work and cuss when I couldn't catch him.

My father and grandfather both worked out of the IUOE Local 49 in Minneapolis, as I do now. That makes me a third-generation 49er.

Pops raised me to practice the golden rule and treat people with respect. He also taught me to take pride in doing a day's work for a day's pay. When he retired, he gave me the spud wrench that he used on the job. It hasn't left my toolbelt since.

My first big project was at the Sherco generating facility in Becker, Minnesota, a plant that has boilers over 200 feet tall. I operated cranes at the Flint Hills oil refinery in Rosemount and the Xcel Energy Center in downtown St. Paul, where I manned a 70-ton machine from what is now center ice.

I've also worked on many bridges, including the big bridges over the river in Hastings, Stillwater and currently Red Wing, Minnesota. On the Stillwater bridge, I walked in and set a 200,037-lb. load with one crane. For the Red Wing project, we did one pick that required four cranes working in sync to get each bridge beam in place.

My most unique job by far was when the Minnesota Zoo hired us to transfer a sick dolphin from the pool it lived in to a different tank containing medication. It was the only time I was ever involved in using a crane to move a living thing.

I live just a short drive from the Red Wing bridge, so I've had a chance to get all three of my grandsons out to the jobsite and into my seat. I even let them run the ball up and down a bit - just letting some future 49ers get in some early practice.

I will use the Red Wing bridge regularly when I'm retired. And every trip across will be extra special for me, because I'm one of the few people who can say he built it.