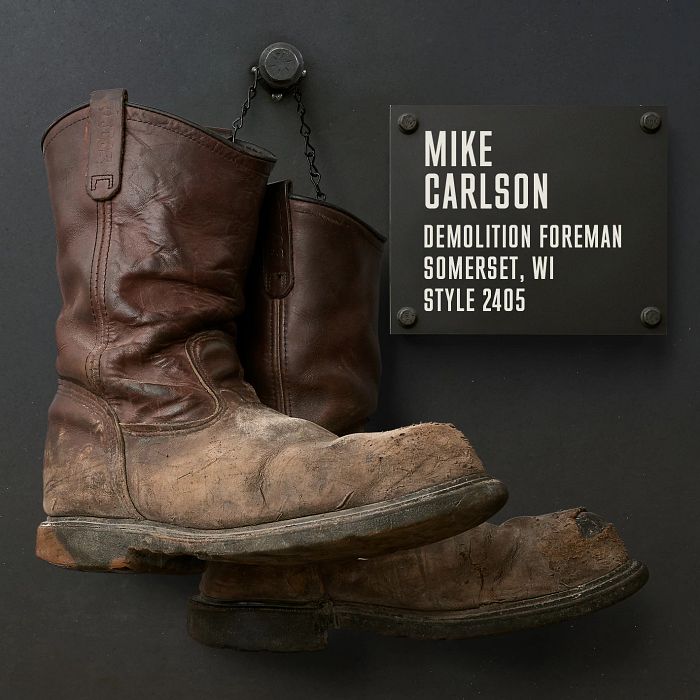 These boots helped clear the way for recovery.

Some people think demo work is as simple as showing up somewhere and knocking something over. There's way more to it than that.

I think of demolition as reverse-engineering somebody else's construction project. Building happens from the ground up, but we work from the top down. There's always one best way to take each structure apart, but you don't know the answer at the start. It reveals itself as you go.

The work is dangerous and each job is unique. You're always deciding what can and can't be taken down at any moment. Even removing the wrong window at the wrong time could cause everything to crumble.

One job that has stuck with me was work I did on the 35W bridge in Minneapolis that collapsed in 2007. It is always hard to demolish a structure, but the fact that this was a tragedy made it even harder. We put in 15-hour days until everything was cleared away. Emergency response personnel worked alongside us for part of the project, due to the good chance we'd find casualties.

We cut the bridge apart all the way to the river bottom and loaded the pieces onto barges with cranes. It was physically and emotionally draining, but we got the work done right. And I did my part in my Red Wing pull-on boots. I used to think all work boots were the same before a coworker talked sense into me. My Red Wings have been a game changer ever since. They keep me safe and sure on my feet, and they make long workdays a lot less painful. Now I buy a new pair of 2405s every two years. I also signed up to test out new Red Wing products on the job. I figure if they can handle the punishment I dish out, they're probably ready for everyone else.